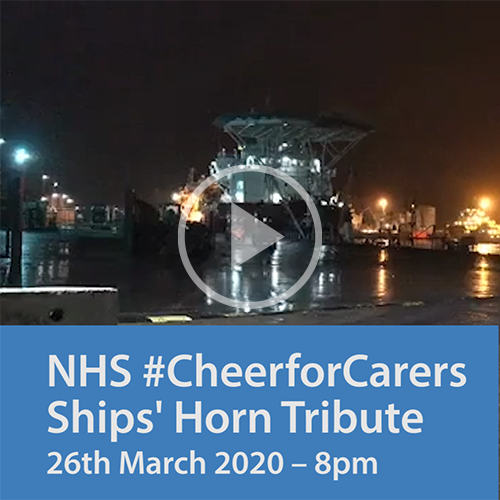 Montrose Port rang out with a chorus of horns last night as a number of ships joined in the national cheer for carers in an uplifting display.

At 8pm on the dot eight vessels docked in the harbour sounded their horns in unison in a show of solidarity and appreciation for hard working NHS and care staff.

The vessels that took part were:

The event has been trending across the nation on the hashtag #clapforcarers and was embraced across the country.

Tom Hutchison, Montrose Port Chief Executive Officer, said “ When we saw the event planned for #clapforcarers last night we thought it was a great idea and wanted to add our own spin to it as a port at the heart of our community”

“Hearing the horns echo out in chorus was really poignant and going by all the messages we’ve received since sent a really positive message to, not only our NHS staff but the community as a whole, that we are all standing together in solidarity to get through this”