Welcoming our first ever cruise liner into Montrose Port 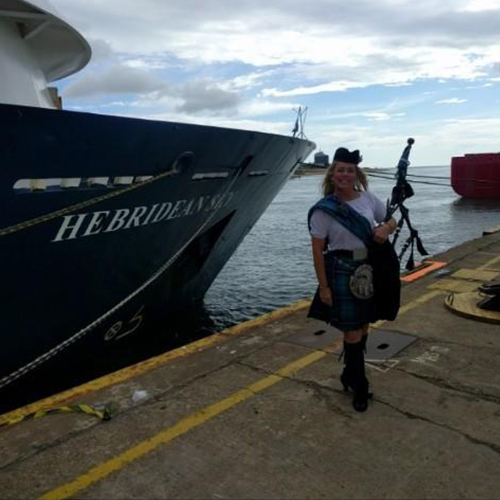 Montrose Port Authority, a leading support and service hub for the energy industry, has put Angus on the map as a must-see tourist destination, after welcoming its first ever cruise liner to the Port.

The tourists had the opportunity to visit some of the north-east’s key attractions such as Glamis Castle and Arbroath Abbey, while exploring the famous bird-watching hub, Montrose Basin, and teeing off at one of the world’s oldest golf courses.

“The cruise industry plays a key role in the country’s economic growth. In 2017, Cruise Scotland recorded a total of 761 cruise ship visits to Scottish Ports, carrying more than 680,000 tourists to regions throughout the country. It is a key market for the Port to expand into and for the north-east to benefit from.

“With our quayside expansion due to be complete by summer 2019, we will be able to accommodate larger vessels, building on our current cruise activity and contributing further to Scotland and the north-east’s growth.”